I still don't get it! 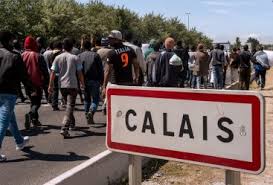 The UK's dear Dave Cameron has recently been in Brussels, and elsewhere, on a mission to stop newly arriving UK immigrants from receiving benefits for the first four years of their stay; both Germany and France are against this, claiming that it is a 'cornerstone principle' of European policy.

Does this mean, therefore, that all recent immigrants in both Germany and France instantly received generous benefits on arrival in those countries? One presumes so!

In which case, why are all those campers in Calais so desperate to head north? Surely they must know that the UK's weather won't be to their liking; and that UK benefits are much the same as in mainland Europe. So what's the obsession with Blighty, and why are they living in tents?

If I was one of those Calais campers, presumably with my pockets filled with French Euros and generous housing benefits, I'd be heading south to Marseille, or Toulon, or Perpignan; or even to Aix-en-Provence.

If they are all there illegally, why are the French not doing something about them? I just don't understand.

Have I missed something?

N.B.This isn't immigrant bashing, as a few might suggest. I am genuinely puzzled. As I've said many times before; why doesn't the French government give them residency papers, and a few Euros, then they could all buy a cheap ferry ticket, and travel to the UK perfectly legally (if that's where they really want to go).