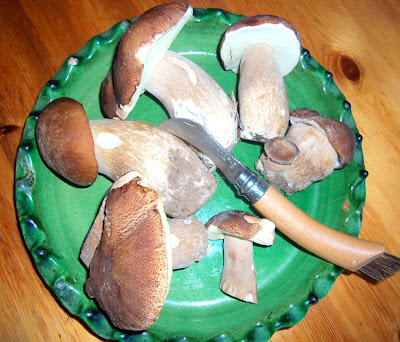 I've been out in the woods since Tuesday, expecting to find a few of these babies, but they only began to appear yesterday.

A sure sign that mushrooms (Cèpes) are up is seeing loads of cars parked by the side of the woods. Others had obviously mis-calculated, like me, as I've been seeing cars all over the place for several days.

On Friday I was in my favourite supermarket when I overheard a conversation between an elderly, wise-looking, man and a youngish woman. I tried not to look as if I was earwigging as he explained all about moon phases, rainfall, and his stiff left knee, then eventually declared that Saturday/Sunday was when they would appear. HE WAS RIGHT. Here's some more... 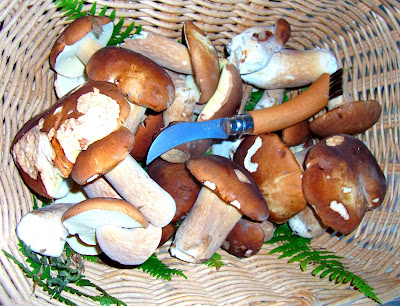 I shall be out in the woods a lot in the next few days..... I have bottling to do (which has new been done!).