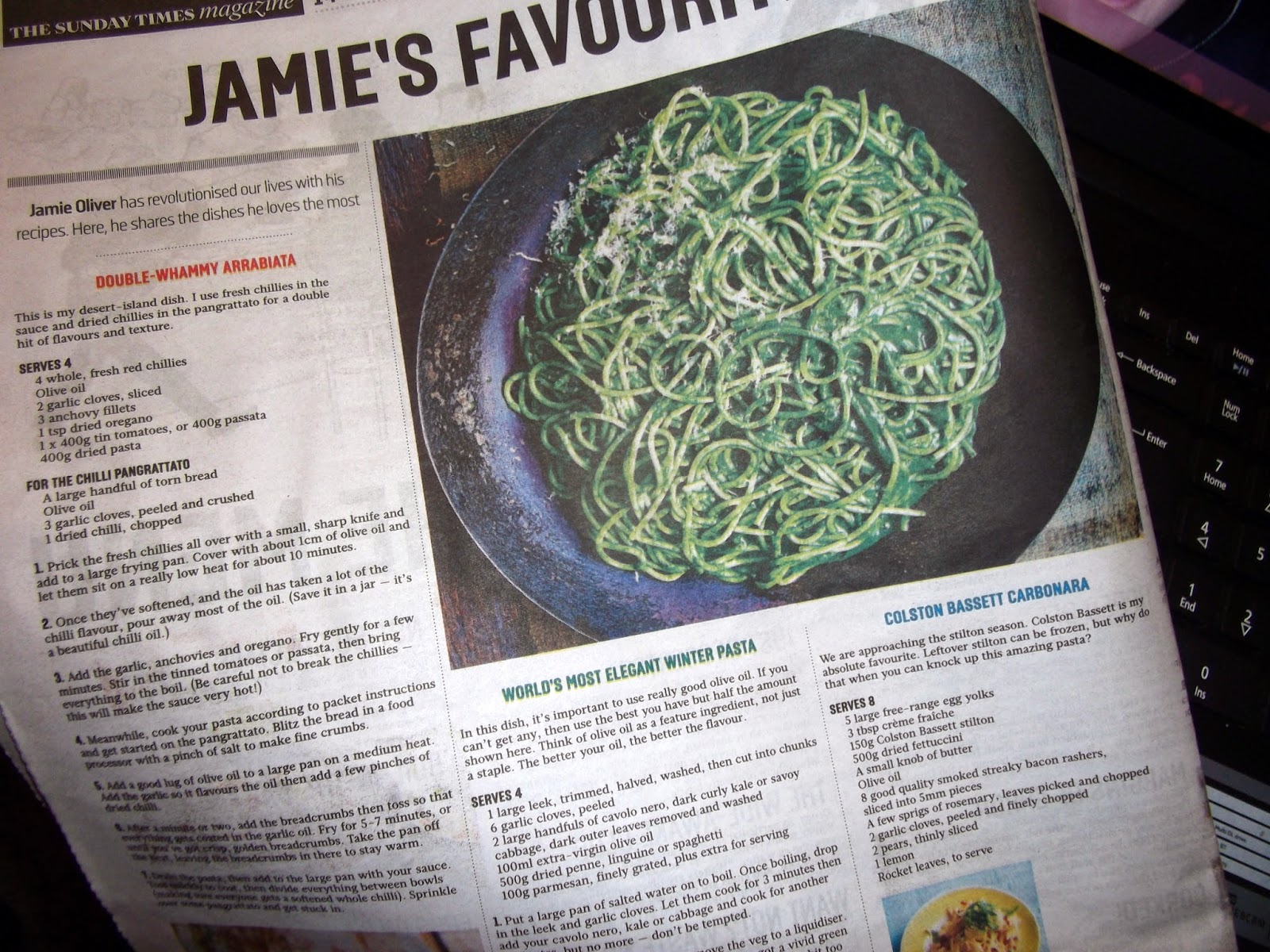 Sunday Times readers may possibly have seen this a couple of weeks ago.

When you encounter a recipe with a title such as 'World's Most Elegant Winter Pasta', you simply HAVE to give it a go. I have reasonable faith in Mr Oliver's work, so I threw caution to the winds.

If you enlarge (US embiggen) the pic, you might be able to read Jamie's ingredients. However, for my own version (I always muck about with recipes) I omitted the Leek, used just Cavolo Nero, Garlic, Olive Oil, S & P, and Parmesan. I chose Spaghetti rather than either Penne or Linguine. 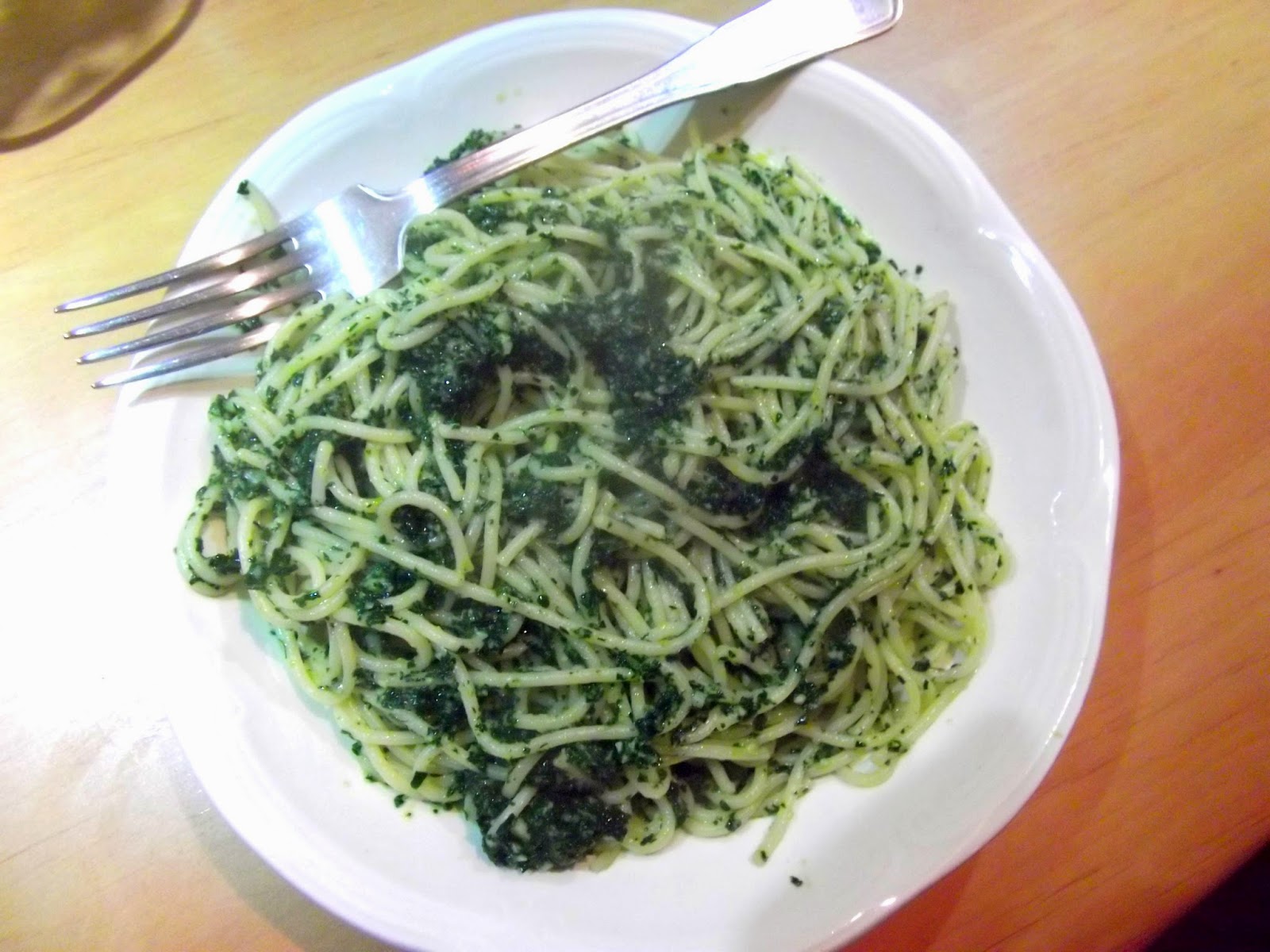 Verdict: We were in two minds about it; we thought it 'pleasant', but maybe just a tiny bit uninteresting.

Would I eat it again? Possibly/Probably, but I would have to inject a little more flavour; not too much, but it needs a 'certain something' to bring it up to standard. I give Jamie 7/10.

It's a good veggie pasta standby; try it and see what YOU think.