One Ticket, or Two? 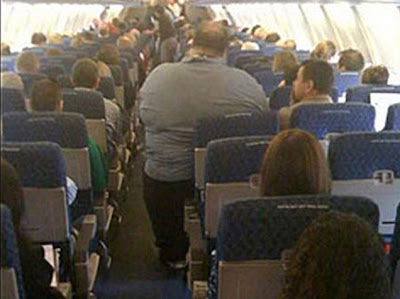 It's an increasingly popular question; should hugely obese people pay for two seats when they buy their flight tickets (or any other travel tickets)?

I believe that certain airlines are already asking VERY big passengers to buy a second seat (refusal means they don't fly), and other companies are charging a 'Fat Tax'.

I don't do much flying these days; dogs and chickens have seen to that, but Lady Magnon flies quite often and the question of baggage weight limits drives her crazy. Does the picture above touch a nerve?