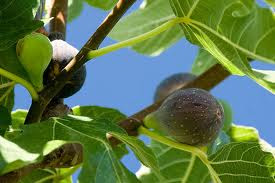 I love figs in all their forms. I like them fresh from the tree in late August/early September, cooked sweet or savoury, dried in that familiar flattened form, bottled in syrup (by me), or half dried so that they're plump and juicy. 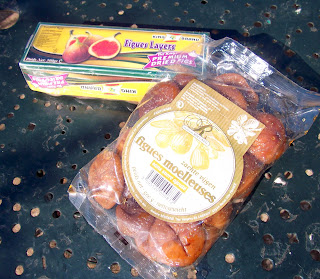 I've just bought these two packets. The top one (isn't that a fabulous packet!) is the classic flattened fig we eat at Christmas along with those oblong packs of dates. And the lower one is a half dried version that is soft and succulent, slightly reminiscent of the wonderful 'mi-cuit' (half dried) prunes that we buy here for putting in Eau de Vie.

Lady M has just been scolding me for having bought such non-diabetic sugary delights; I ignored her.

Dried figs have an old-fashioned feel about them. I think a revival is in order. DRIED FIGS FOREVER!
Posted by Cro Magnon at 06:31