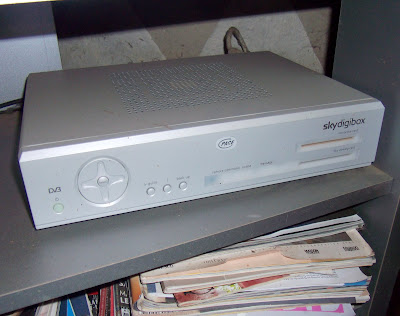 Now, this is weird.

We have English Sky satellite TV beamed into our home, but very recently ITV 1 (one of the major UK channels) disappeared. An on-screen message said we needed a new digital viewing card. I phoned a friend who has the same system and it was suggested that I simply take out the old card (which I had been informed was essential, and had cost about £110), and use the Skydigibox without it. I was both bemused and suspicious. 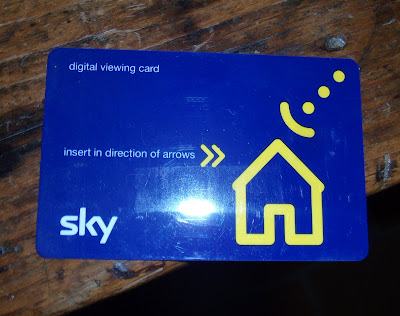 So, I turned everything off, and out it came. Turned back on again, and, lo and behold, I now have ITV 1 (and all the other channels) back again. Not ITV from the South East as before, but from Central England. I suppose I'll have to now cope with local news from somewhere called Nottingham, but at least I've saved £100 or more.
If the Skydigibox works perfectly well without a card, what was the point of selling me the bloody thing in the first place? Yes, I know; just to get money out of my pocket. CHARMING!