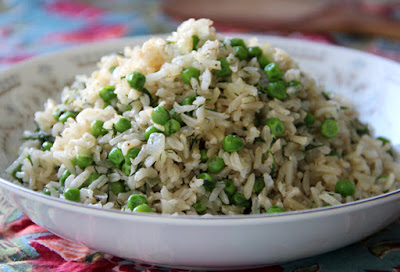 Let's say you went into an English Fish-n-Chip shop, and ordered Cod, chips, and peas; what would you expect to be served?

The Afro/Caribbean population are up in arms because naughty Ikea are selling 'Rice and Peas', whose 'Rice and Peas' are made with Rice and Peas, and not Rice and Kidney Beans. They are shouting 'Cultural appropriation'; the new snowflake accusation that covers all racial non-PC ills.

On the radio recently (LBC) several Afro/Caribbean complainants were asked if they knew the difference between Peas and Kidney Beans... they simply laughed. Of course they did, and if Ikea are selling Rice and Peas; that's what they mean, otherwise the trades description folk would probably go crazy. That is not to say that it's an altogether different matter if one was in Jamaica.

No-one seemed to have visited an Ikea restaurant to taste their Jerk Chicken. Personally I would have been far more concerned about the Chicken than about the Peas being Peas, and not Kidney Beans. Having eaten Rice and Peas (Kidney Beans) out in the Caribbean, I can assure you that it's really not that big a deal. The quality of a decent Jerk Chicken is far more contentious!

It was apparently The Queen herself (although I doubt it), who when asked about 'American English' (this could well have been 'Jamaican English'), replied "There are only two types of English; English, and incorrect English". People can call Rice and Kidney Beans whatever they like (even 'Rice and Peas'). I shall not be complaining.

Confused? I hope so. You really do have to have nothing better to do, than to make a fuss about bloody Rice and Peas.

May I suggest that Ikea adds the word 'Garden' in front of 'Peas'. Then the Afro/Caribbean PC brigade might not behave like spoilt children.