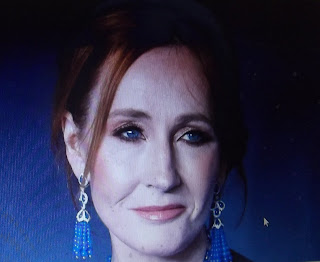 I must admit that I have never read a Harry Potter book, nor have I seen any of his films; frankly it's not my bag.

However, the author of such works has suddenly been brought to my attention, simply because having told a basic truth, she has come under attack from the loony brigade.

One's gender doesn't depend on whether one shops at either H & M or Burton's; it depends on ones Chromosomes, and internal organs. It's as simple as that.

I don't applaud Ms Rowling for having stated the obvious; but I am obliged to condemn the loonies for having condemned her for telling it how it is.

What the hell has our world come to if one can't accept that women are women, and men are men; even if they prefer to dress differently.

Please, please, let us allow people to dress as they wish, but don't try to pretend that they have changed their sex; they HAVEN'T; they have simply changed the way they wish to be seen by others, and to feel better about themselves, and there's absolutely nothing wrong with that!

Those who attack Ms Rowling have become superfluous, and extremely tedious.