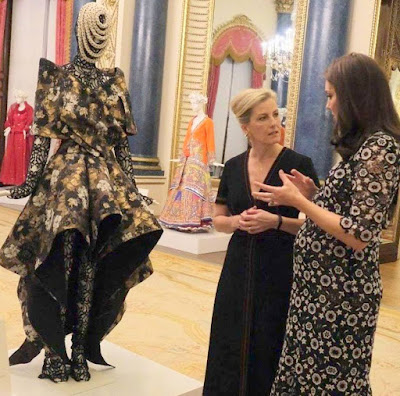 I'm not one of those Royalists who have pictures of The Queen, or commemorative plates, all over the house, I simply accept them as stable figureheads; a permanent part of my life.

I have great respect for many Royal Family members; including those who are only there by marriage.

The Queen herself has been a remarkable figurehead. Throughout her reign she has worked incredibly hard, and hasn't put a foot wrong. She has been as perfect a queen as one could ask for.

Her oldest son, Prince Charles, and I have almost grown-up together; he is just a couple of years younger than me. I have always seen him as 'heir to the throne' regardless of his detractors. Charles is yet another very hard working royal; often with several engagements every day, on top of all his administrative work. His sister, I believe, works even harder.

However, I'm not all praise. There have been a few bad apples in recent times. The late Princess Diana was limelight obsessed (and a bit eccentric), the multi-talented Fergie thinks of nothing but money and her past royalty connection, and some of the 'minor' Princesses should butt out of the picture altogether and get themselves paid employment.

Two of those who currently demand special respect are The Duchess of Cambridge (Kate), and The Countess of Wessex (Sophie). Both perform their duties well, neither try to upstage their husbands, and both are cautiously diplomatic when meeting and greeting. They accept their roles as royals graciously, and are admired by all who meet them. Neither demand to appear on the front pages of international 'fanzines'; in fact the less we know about them, and their home interiors, the more I like them.

The royal family plays an important role in the running of Great Britain and the Commonwealth, and god forbid that the UK ever becomes a republic. As Ral Donner said in his 1961 song 'You don't know what you've got, until you lose it'.