As everyone will no doubt remember, 2016 began with several well loved 'celebs' leaving us. It seemed as if every other day there was another shocking, and unexpected, departure. This continued throughout the year. I won't go through the names, as I found it rather depressing. But RIP all.

Weather-wise, January, February, and March, were not too bad again. No snow, few frosts, and only a couple of days of -0 C. In fact it was noticeably uneventful.

As such I was able to continue with what one of my regular readers amusingly describes as 'messing with the barn'. The kitchen is now pretty much finished (except for some tiling), and has become a really comfortable and practical space. The 'island' table was recently bought, assembled, and wheels added, to make a breakfast bar and food preparation area. The whole lot has come together very well. 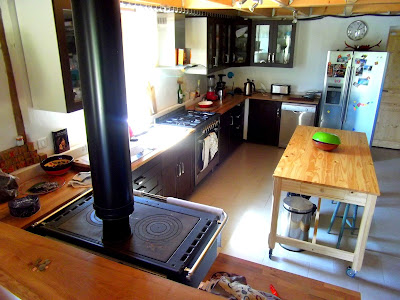 The end of May, and the start of June, brought out a really good crop of Girolles, making up for 2015 when we had none. The freezer is still well stocked. 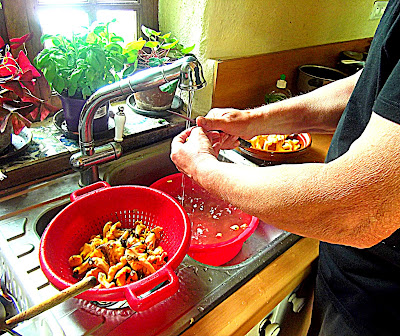 It was after mid-June that our Summer truly began, then came July, my big birthday party, and the family invasion! 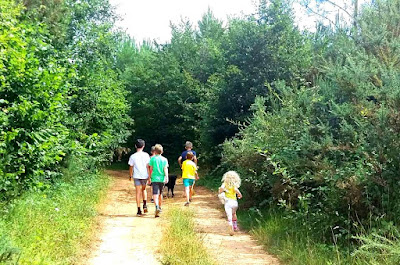 It was chaotic, but we had a great time with all our children, all five grandsons, plus a couple of cousins, present.

As summer progressed, things became rather odd at Haddock's. We had an early flourish of produce, then suddenly everything slowed down and we eventually ended-up with a second flourish much later on in late-September. This disrupted my bottling, but we still have a filled store cupboard. We also have plenty of winter 'greens' etc, so we're not starving. 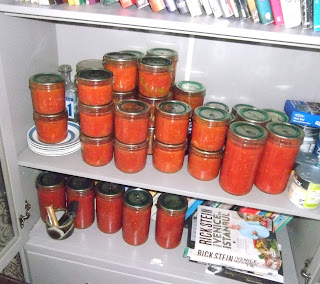 It should be noted that Summer 2016 was the hottest and driest since 1950, with 'rain' only arriving on September 15th; and even that was minuscule.

In October I bought an old wreck of a caravan to make into a 'den' for the children. It was repainted, stripped of what remained of its contents, and made into a fun Cabanon for the boys for when they come. They haven't seen it yet; I hope they'll approve, we'll know in February. 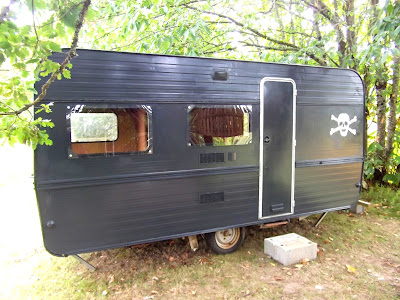 Wills, Kellogg, and Boo Boo left to over-Winter in Oz on October 16th; much earlier than we'd anticipated. Just before leaving, Boo Boo had his first horse ride. The proof below..... A natural horseman! 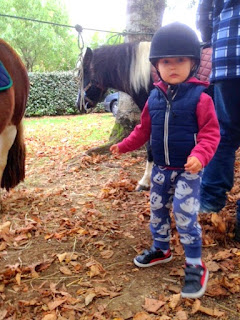 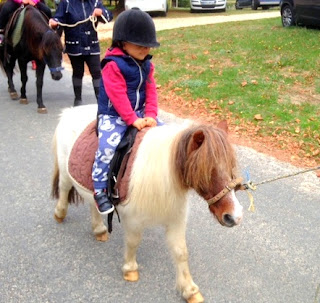 Since September it's been gloriously quiet. An irritating but unimportant trespassing niggle has been successfully dealt with, and we are now back to our calm routine.

This was my favourite music video of the year. A really great version of a great song. I'm presuming that your computer is connected to a very good sound system.

About a month ago Wills bought himself a house in Surfer's Paradise (Oz), so now he literally owns homes on opposite sides of the earth. Other than that, I suppose for most of us 2016 will probably be best remembered for Brexit and Trump; let's hope that both trials run smoothly.

We wish you all a bountiful 2017. March will bring us a new grandchild.... with such wonderful family and friends, we are truly blessed.