The secret life of a parcel. 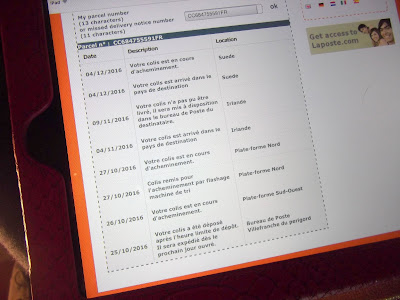 One has to wonder if the inventors of 'Parcel Tracking' are now doubting its usefulness!

We recently (25th of October) sent a small parcel to Kellogg's mum in SWEDEN.

On the 4th of November we were informed that it had reached its country of destination; IRELAND.

One month later (4th of December) after considerable scratching of heads, the Irish have worked-out that the word 'SWEDEN' is not spelt the same as the word 'IRELAND', and they forwarded it to where it should have gone in the first place.

We are now very pleased to see that it is finally near to delivery, although we are yet to receive confirmation of it actually having arrived.

I'd love to know what happened to it during its month long sejour in IRELAND. What's the betting that there's a tiny Irish village called SUEDE.