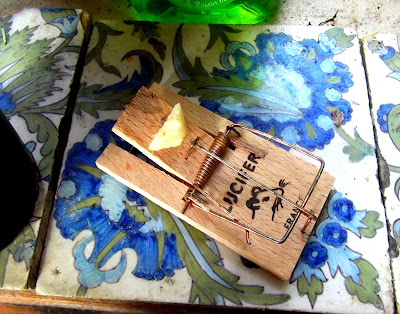 It's early Autumn, and Mice are have been looking for somewhere warm to spend Winter.

Both here, and up at the barn, there's been a sudden invasion of Mice; they've been arriving like Swallows in Spring.

I like Mice, but not in the house. There's the whole of France out there for them to squat in, but not here thank you!

Freddie (Cat) does his bit to reduce the population, but my preferred method of eradication is the simple Mouse trap, baited with cheese. It is almost 100% successful, and does the job with unerring precision. 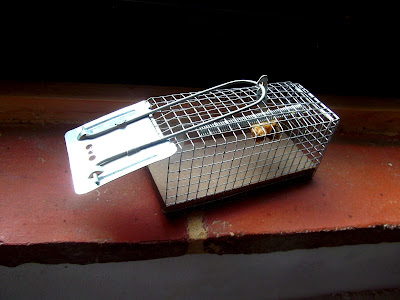 Wills and Kellogg, however, don't like killing the beasts (they're veggie/vegans), so have installed several 'humane' traps which have worked quite well, and the Mice released far away. 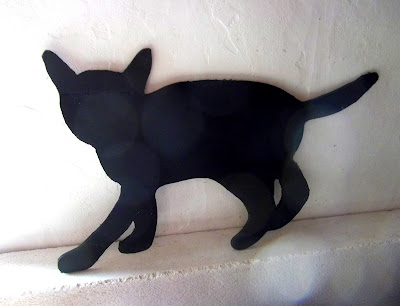 I've also tried scaring the blighters witless, and have made this wooden cut-out of a Cat..... Success as yet unknown, but probably nil.