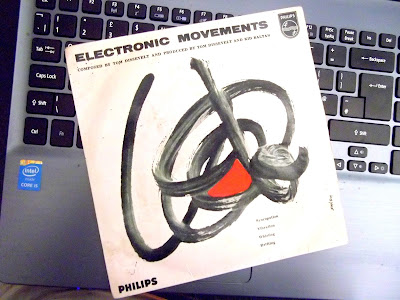 This 4 track EP, which I bought back in 1962, was reputed to have been one of the very first records of 'Electronic Music'. However, not owning a record player I've been unable, since then , to hear what my schoolboy ears enjoyed so much.

That is, not until yesterday; when it crossed my mind to see if it was on Spotify.... and I was amazed to discover that it WAS.

Listening to it again, what seemed so radical then seems so dated now.

Dutch pair Tom Dissevelt and Kid Baltan (below) were heroes of the radical 1960's underground music scene, and even to know their names was regarded as pretty 'cool'. 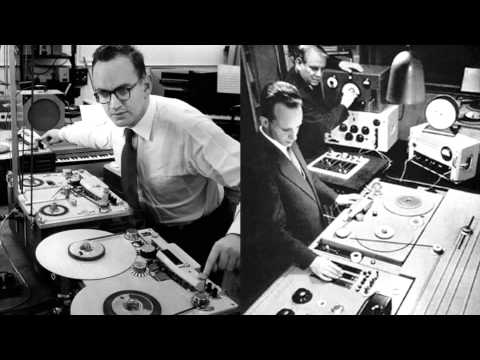 If you'd like to know what sounds excited the 16 year old Cro, go to Spotify and search for 'Electronic Movements'. The version they have was 'remastered' in 2013.

I don't guarantee you'll like it, but you'll be listening to a piece of history.