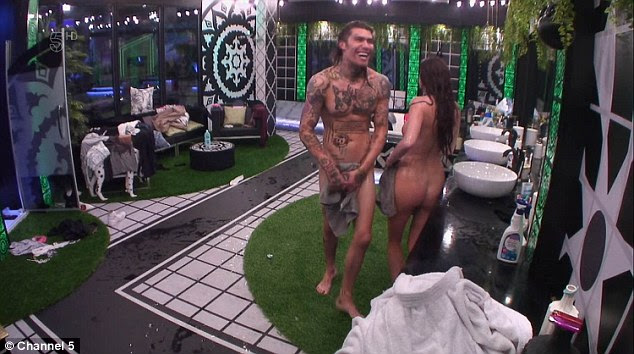 I don't watch 'Reality TV Shows'; I like to think that I still have some functioning brain (and reasonable taste), and I'm not particularly interested in watching other people have 'sex'.

But these shows appear to be popular, and are no doubt partly responsible for the ongoing decline and fall of the UK; not that I wish to put myself forward as an arbiter of public morality.

The idea of putting a bunch of Z listers in a pretend TV house, then waiting to see who shags who first, is to my mind rather abhorrent.

Mr White (with the tattoos above) may have his adoring pre-pubescent fans, but to most of us he's simply an attention-seeking half-witted Neanderthal lookalike. Unfortunately he now has that celebrity status which he so desperately sought.

Well, at least his mother loves him; actually I was just reading that she doesn't!