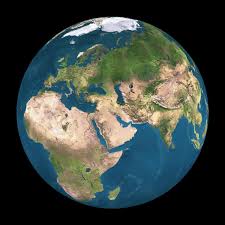 The only thing I dislike about this beautiful planet of ours, are the small percentage of scumbags that inhabit it.

Out there, people are plotting to kill indiscriminately. They wish to create so much havoc that the world's military powers are slowly being obliged to unite against them, and will before too long unleash those famous dogs of war. How it will all end, no-one knows.

In sleazy bedsits, nasty petty criminals are forever thinking of new ways to con your savings out of you, or sell you something that will break after five minutes, or charge you a fortune for doing some simple job that doesn't need doing, or sell you something that says it's Gucci but isn't. They spend more time working out their puerile scams than others do going to work.

Some scumbags are more brazen, they simply break into your home and steal whatever they think will bring in a bit of cash for their next fix or smoke.

The world is filled with evil bastards who either want to steal your money, or would like to kill you. Take your choice!

You may have guessed; it's a dull day, and I'm in a sombre mood.