The Elitism of Mr Bryant? 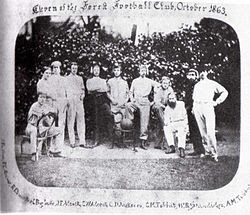 Ignorant Labour MP Chris Bryant has recently been denouncing 'The Arts' as being elitist. He seems to think that you can only advance in either Theatre, Music, or Painting, if you have been to Eton and Oxford. What bloody TOSH.

Frankly I couldn't give a f*ck what school or university an actor or painter attended, even if I do prefer them to be able to speak clearly, and possess a reasonable standard of education. Personally, I would never watch EastEnders or Coronation Street simply because the extreme dumbing down makes me feel ill; apart from which the quality of both the storylines, and the acting, is atrocious.

I quite expect that David Hockney and Damien Hurst are amongst Britain's wealthiest artists. I may be wrong, but I don't think either of them are Old Etonians, nor have they ever set foot inside an Oxford college (other than to give lectures maybe).

What I think Bryant should be looking at is the very obvious, and disgraceful, class barrier in the UK's HIGHEST PAID PROFESSION; FOOTBALL.

Professional Footballers are paid ridiculous amounts of money (far more than those bankers who Bryant loves to hate), but I have yet to find an Old Etonian or Oxford graduate amongst them.

Are the privately educated excluded from Soccer? Is there an unwritten rule than no Football club should ever employ anyone with an Oxford degree? Is being able to conjugate Lūdere correctly, a No-No in 'the beautiful game'?

I think we should be told (maybe by Mr Bryant).

N.B. Before Rachel takes me to task; I am perfectly aware that the Wanderers (Forest Football Club, above) won the FA cup in 1871 and 72, the Old Etonians won in 1878 and 81, and the Old Carthusians won in 1880. But all that was about 140 years ago when Football was still 'a gentleman's game played by gentlemen'. Nowadays it seems as if 'gentlemen' are routinely banned. Maybe that's why they've all migrated towards 'The Arts' instead.