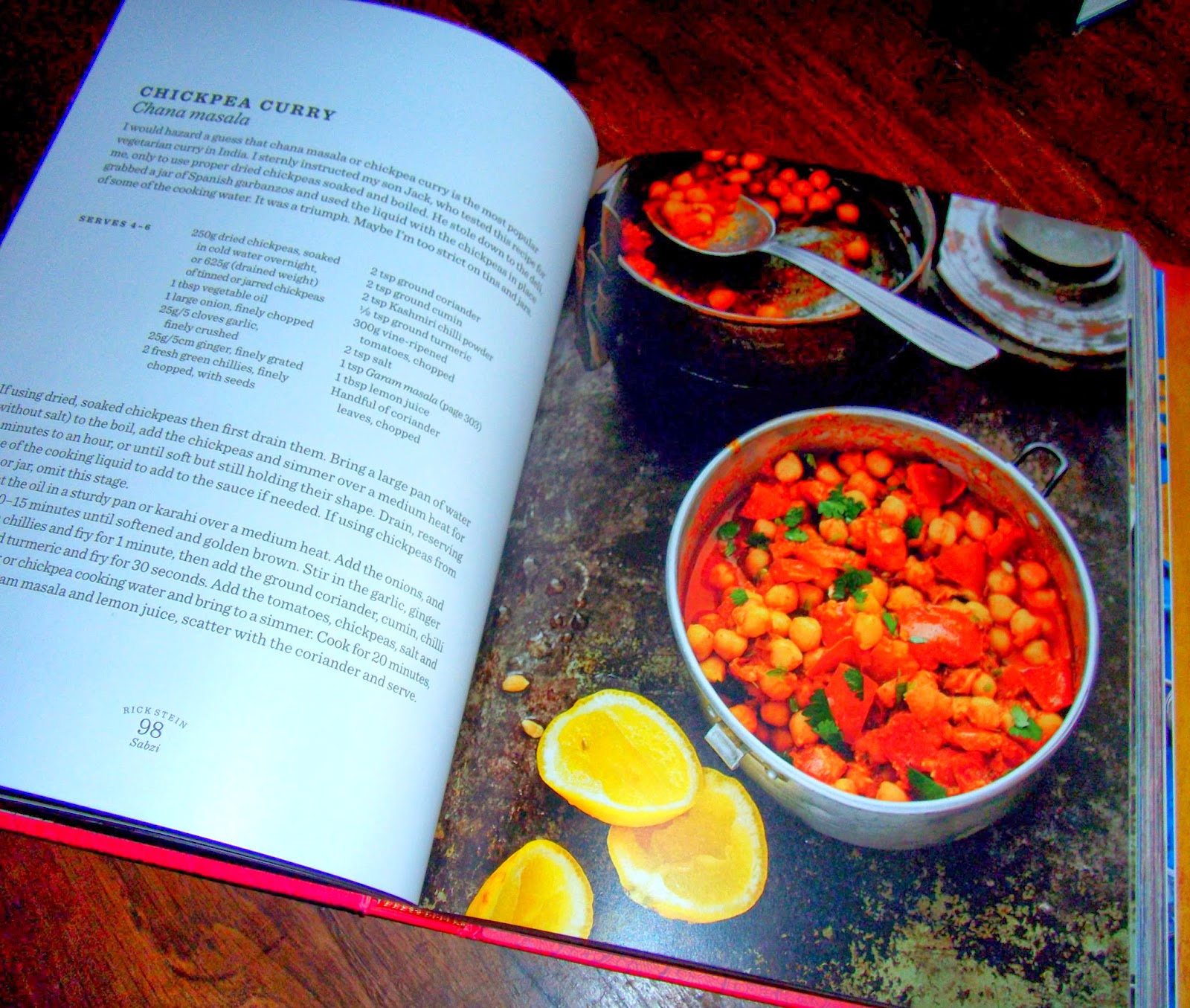 Elaine over at Bramble Rambles reminded me recently about Chickpea Curry; I've been meaning to try this for ages.

The version I've followed is from 'Rick Stein's INDIA' (above), and is simplicity itself. Unfortunately I can't put up a link to Rick's own recipe (there isn't one), but here is Manju Malhi's recipe which is almost identical.

If you don't have the long list of individual spices, you could always use a good quality curry paste like Patak's 'Rogan Josh'; it combines all of them anyway.

When I started my Veggie Wednesdays, I wrote down a short list of all my favourite dishes that I thought would adapt to being meatless. Looking at the list, I've noticed that they are all either North African, Indian, or Italian. Not one English dish is amongst them.

It's normal that veggie dishes should originate from poorer countries, where meat would be beyond the financial limits of many, but it's strange that there are no 'classic' English veggie recipes..... unless, of course, you know differently. 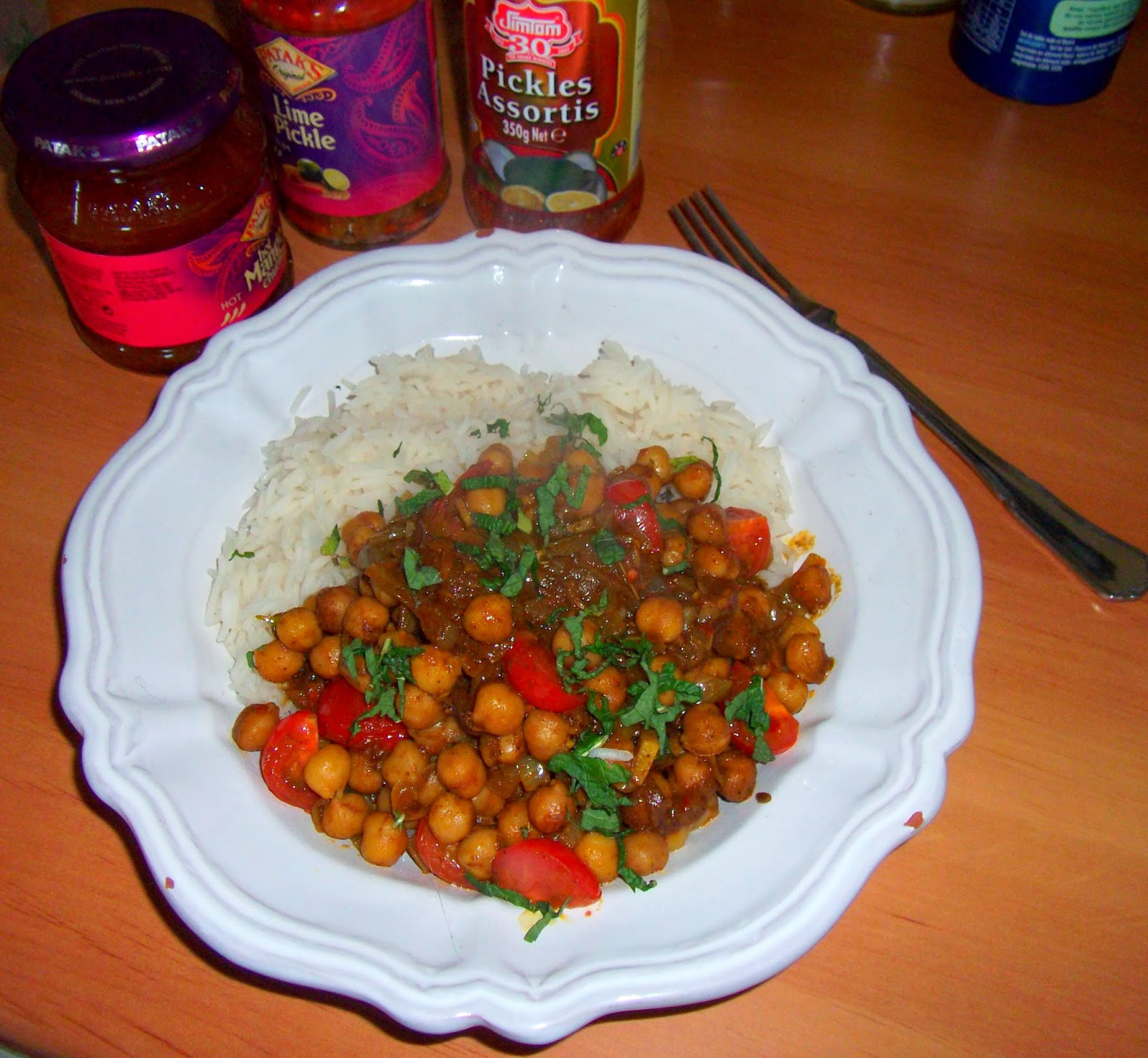 Above was my yesterday's version of Rick's 'chana masala', and it was very good (stupid me, I forgot to add the lemon juice).

Rick suggests, in his book, that it is the most common 'curry' eaten in India. I thought that honour would have gone to rice-n-dahl, but I'll believe him.