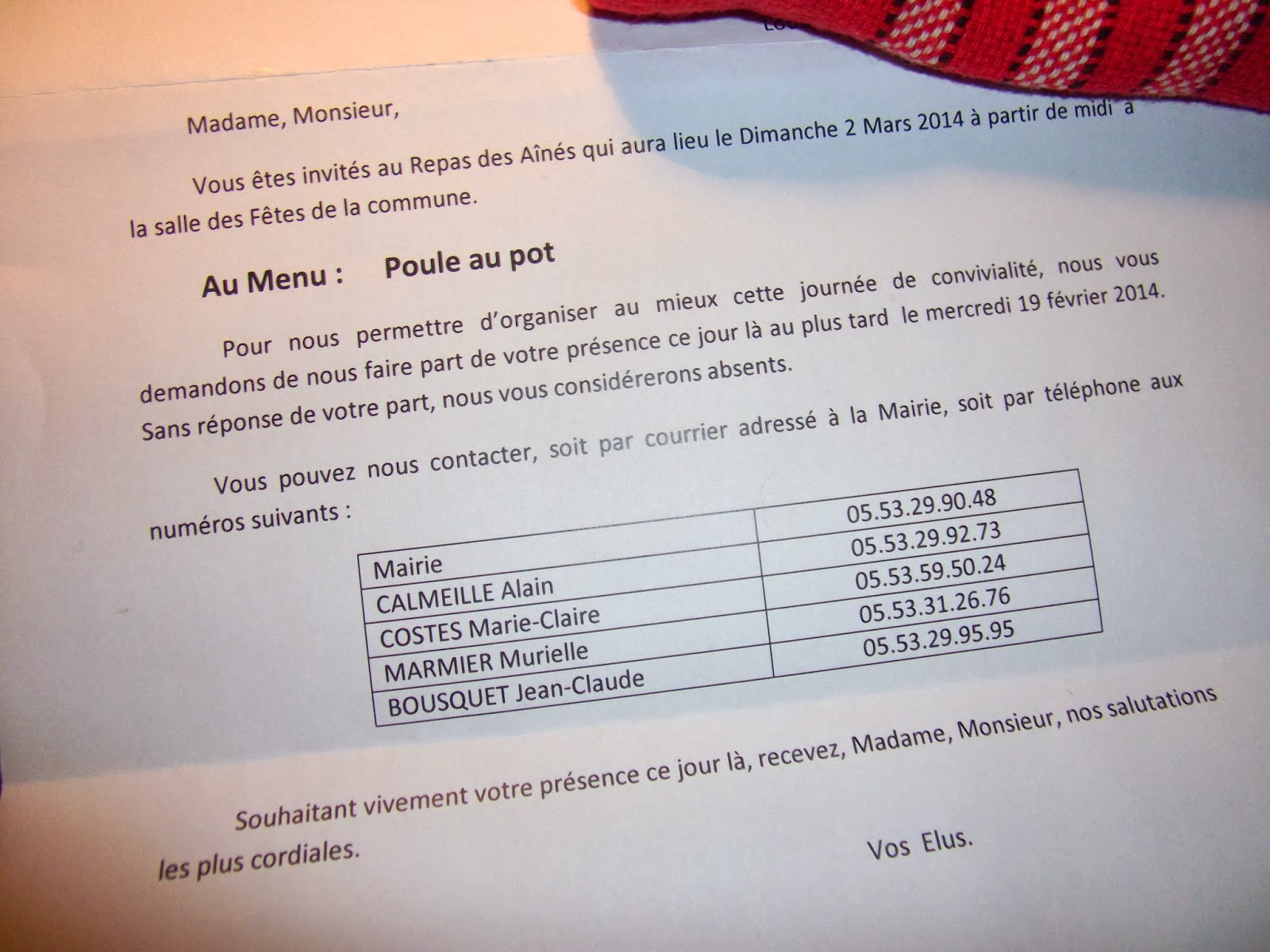 On her first day back from London Lady Magnon (with friend Saint Theresa of the Floral Tribute) attended this year's Old Folks Lunch up at the Mayor's Parlour. They gorged themselves on soup, paté au foie gras, crudités, poule au pot, salad, cheese, ice cream with apricots, and champagne. Who says there's no such thing as a free lunch; there is here, and apparently it was delicious.

As it was also 'Grandmother's Day' here in France, she came away with this delightfully colourful gift. 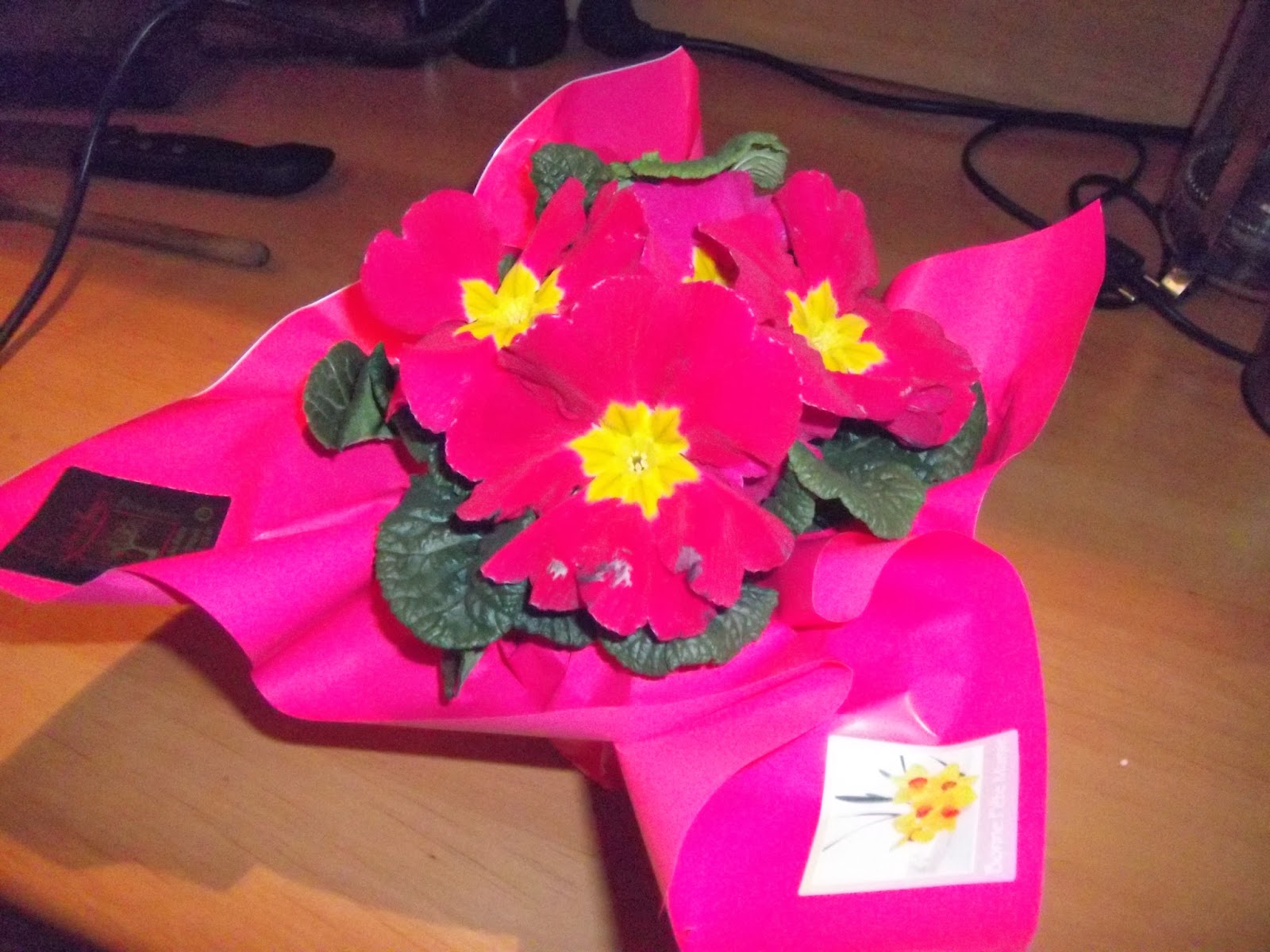 I didn't go to this year's bash (I'm too young anyway). It's held in a room where the acoustics are just dreadful. Sound bounces around as if one's in a specially designed echo chamber, and I can't hear a word anyone says. You can just imagine what it's like after they've all had their first few glasses of wine!

I stayed at home and partook of ye olde thinne gruelle.

It has been suggested that because of 'administrative changes' this could be our village's very last 'Repas des Ainés'. I do hope not, but I wish in future they'd hold it in summer, and preferably OUTDOORS.