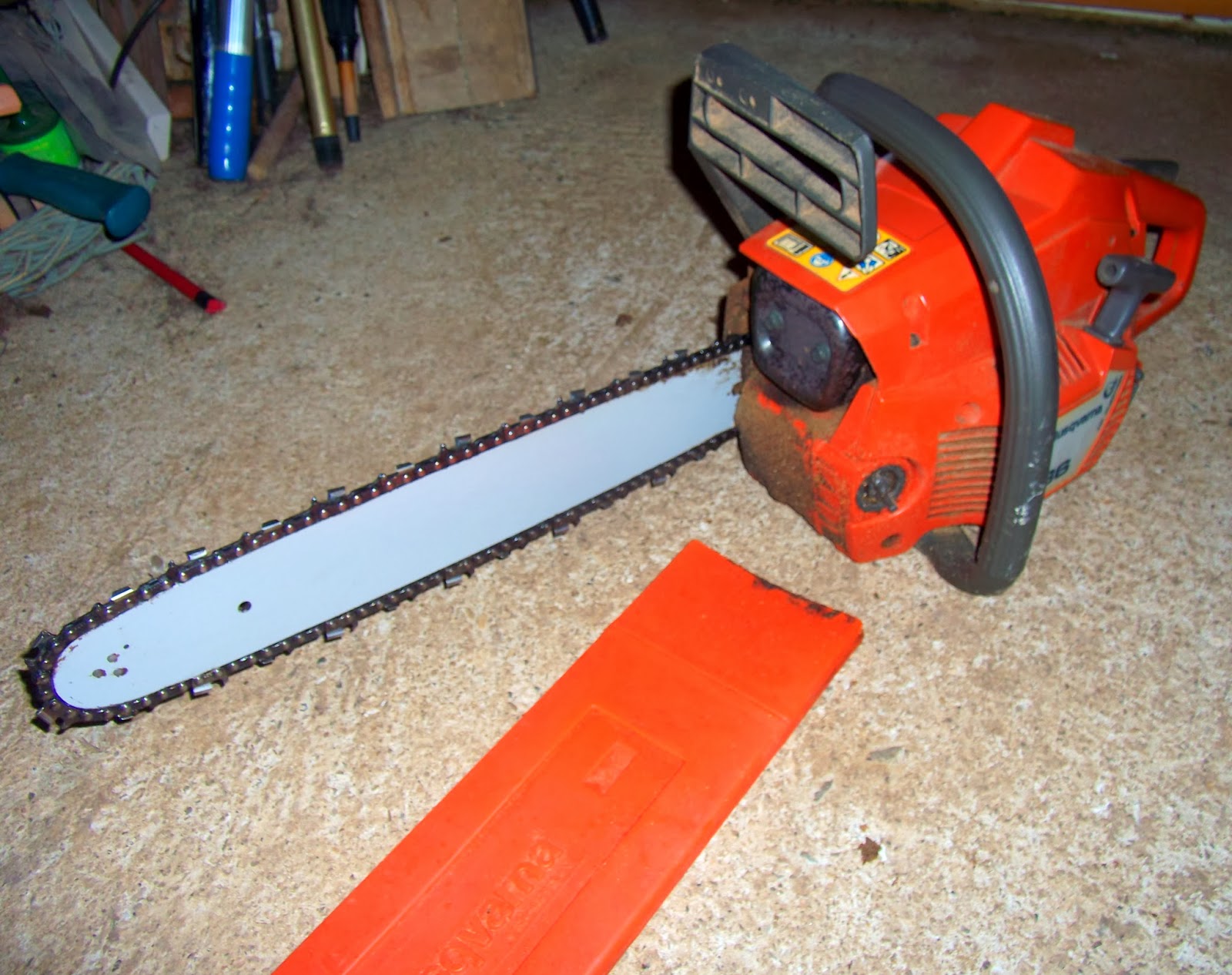 Some of you might remember the dreadful tale of my friend José, who nearly severed his foot with a chainsaw. Luckily (if that's the right word) the accident happened not too far from our house and he (only just) managed to drive here before collapsing outside our kitchen door. We did the necessary, called the emergency services, and he was eventually flown by helicopter to Bordeaux where they patched him up. It took him almost a year to fully recover.

An almost identical accident happened a few days ago to the brother of a friend, but he was not so lucky.

For some strange reason (probably shock) he packed up all his belongings, then drove quite some distance to his own home; where he died at the bottom of the steps that led up to the house. We later heard that he was 'drained of blood'.

He could easily have stopped en route at any one of several houses, including one of a nurse, but preferred to try to reach his own. Instead of stopping for help, he bled to death.

Chainsaws are extremely dangerous things, and complacency can easily replace common sense. My own saw (above) is small compared to many, but the damage it can do is exactly the same.

I suppose, like all chainsaw owners, I occasionally do silly things, and I reproach myself afterwards. So let all of us, who own such things, remind ourselves daily and be aware of the dangers. Treat these vicious machines with the respect they deserve.

Our lives really are at stake.