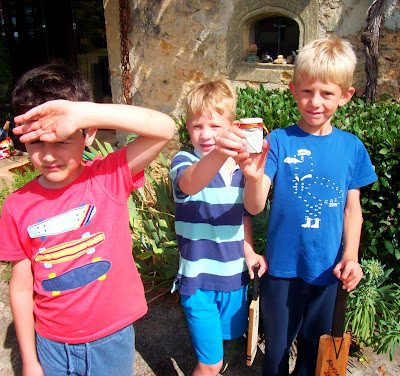 It was a hot, bright, eye-squinting day at 'The Rectangle'. England opened the batting and eventually won the day with a splendid score of 8 runs to Australia's 4.

The main scorer for England was Harvey J, with a magnificent knock of 6 runs; a tricky curved ball brought an end to his otherwise gallant innings.

Australian GHG scored ALL the runs for his country; he was eventually caught out after an unfortunate forward stroke.  He received a special standing ovation from the pavilion.

So, 'The Ashes' remain in England's hands, and will be played for again when the Australian team next visits France. 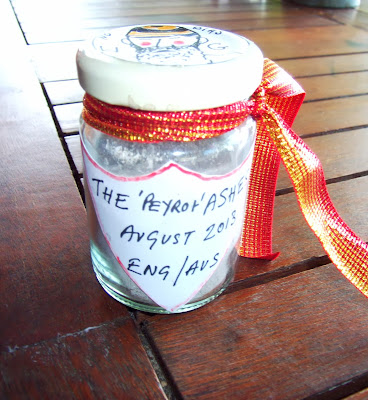