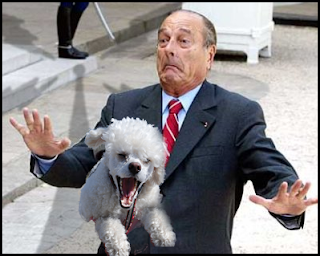 There is no quibbling (other than a few sour grapes from Scotland and maybe France) that the London Summer Olympics have been not only a roaring success, but one of the best Olympic Games ever. And there are two people who deserve special thanks and praise.

Firstly dear old Chirac (above). It was almost 'in the bag' for Paris, until Chirac opened his big mouth and placed his fat foot firmly inside. He made disparaging remarks about the cuisine of both Finland and England, and certain members of the selection committee took umbrage, and decided not to vote for France (I should remind people that England had just recently been voted 'Gastronomic Nation of the Year 2002' by the influential American Gourmet Magazine). 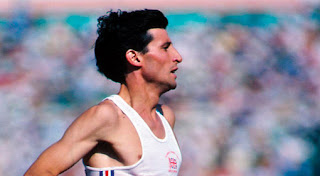 Secondly one has to acknowledge the hard work of Lord Coe. He has worked tirelessly since 2003 to secure and make the games the success that they have most certainly been.

The whole preparation (from start to finish) must have been a logistical nightmare, and the buck always has to stop somewhere. So WELL DONE Seb; you did a grand job, and that buck didn't need to stop anywhere!

My personal congratulations also go to absolutely everyone involved. The athletes, the volunteers, the plumbers, the ticket touts, the road cleaners, the gun firers, and of course the supporters. You were all BLOODY MARVELLOUS!