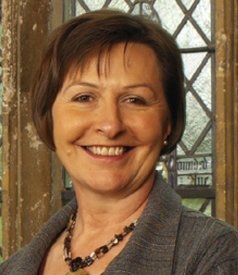 Not only does my old school now take girls, but the 'headmaster' is also a woman. Here she is; the smiling Sue Freestone. Oh that things were thus in my days.

When I left school, the headmaster (a pig of a man) called me, and several others, up to his study for a talk. He had no doubt summoned up all his worldly experience, and whittled it down to two bits of advice that he was convinced would see us through life.

His recommendations were these. Don't visit prostitutes, and don't drink spirits. I won't go into his reasoning for the former, but his logic behind the latter was clear. Whiskey is medicine, and if consumed by the young its great healing power would no longer work its magic when required later on in life.

Well I'm pleased to say that I've unwittingly followed both bits of his wisdom. Although I would happily not have done so, just to be contrary.

My headmaster retired at the same time that I left, and had bought himself a new home on the Dorset coast. His wife and two children went ahead, and he followed by train a few days later; he died on that train on the first day of his retirement. He didn't even reach Dorset.
Posted by Cro Magnon at 07:08