Nice house, shame about the location!... A Cautionary Tale. 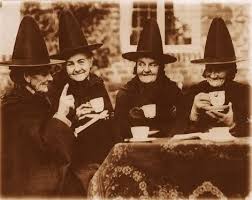 When I left college, I bought a very reasonably priced house in Wales, just over the border from North Shropshire; an area I knew quite well. It was located in a tiny hamlet, tucked away
in the gentle folds of Powys sheep-rearing country.

At one time the house had been a pub; it was built of heavy granite, was very old, and quite large. The house also had a big orchard which came with planning permission for another house.

In between teaching duties I spent about a year restoring the old place, which involved installing its first ever bathroom and loo.

After 2 years I sold the house and orchard separately; let's just say I did very well out of it. A good two year's work.

The local man I'd originally bought it from was NOT happy. He told me he wouldn't have sold it to me if he'd known I was just going to make a quick profit. When I told him I was moving to France he became irate, and told me that he hated the French. He was an unpleasant and negative man, full stop.

Of the other few residents of this tiny hamlet, one shot our neighbour's dog (and nearly shot ours), one used to wet her hair every morning from a filthy water butt, and another had never ventured further than about 10 miles from her home. They were a very odd, and insular, bunch of interbred six fingered Welsh weirdos.  I disliked each and every one of them. For someone who'd come from the South, had spent several years living in London, and been through 5 years of Art College, they seemed like the worst type of primitive and unpredictable yokels. I was extremely pleased to leave.

Such small insular communities are probably quite rare nowadays, but it was a good lesson in having a really good look around before buying a house; anywhere. I must add that all other Welsh people I've ever met or known (outside of that dreadful hamlet) have been extremely friendly and pleasant.

The photo above does make the Welsh women look like a bunch of witches; which is exactly how I viewed those village residents. When I left the UK, and settled in my present village, the people couldn't have been nicer. What a change!