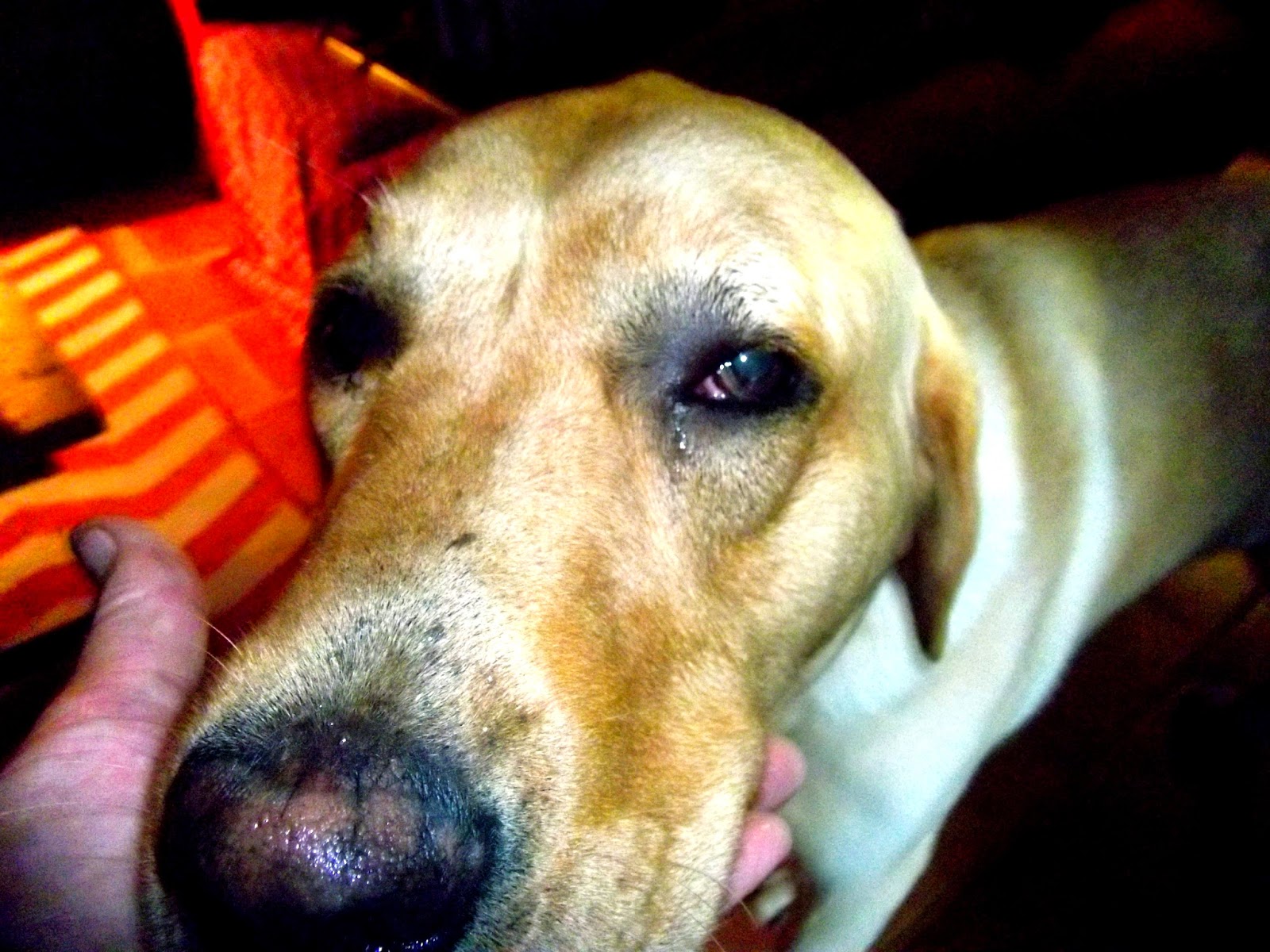 Monty really hasn't been his usual self for a while. He's been hiding away in dark corners, refusing his favourite 'Bonio' biscuits, and generally acting out of character.

Lady Magnon took him to the Vet's last Friday, but they couldn't find anything wrong, so we're going back today with more detailed info'.

He seems to have a swelling under, and above, his left eye, and when given a small 'treat' he tilts his head sideways slightly and takes it with great finesse (he usually takes a few fingers too). He doesn't appear to want to open his mouth too widely.

Our present thinking is that it could be either a tooth problem, an insect sting, or a grass seed stuck somewhere. My money is on teeth; but whatever it is, it's making him miserable.

Poor old boy, he really does have more than his fair share of woes.

Later: Just back from Vet's. Prognosis: 10 days of antibiotics; 2 a day. Probably a tooth abscess problem, which is what we thought in the first place..