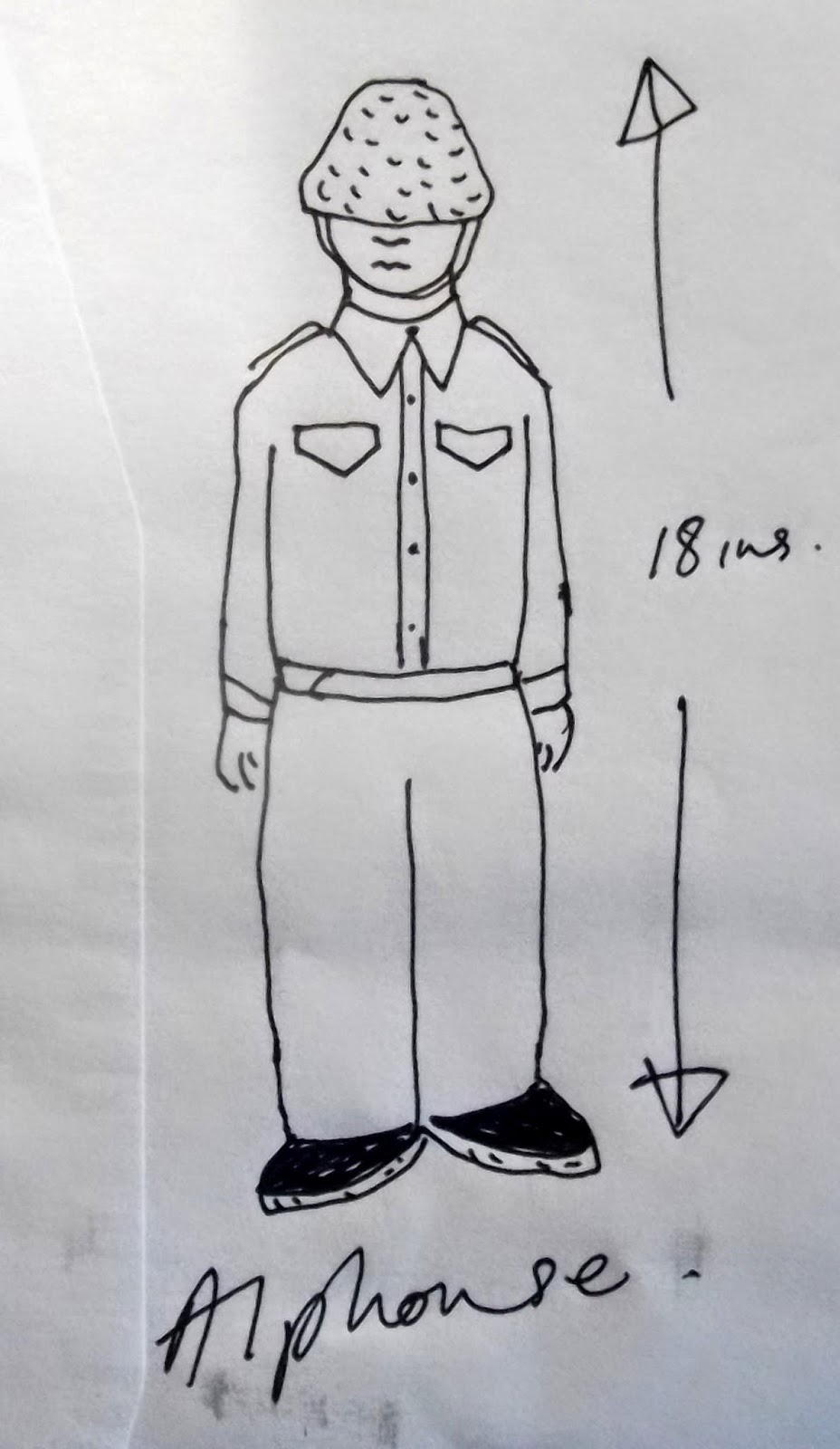 Alphonse is a British soldier 'doll'. He was meant to represent a prisoner of the Japanese, which is why he wears a woven raffia hat and has raffia soled black canvas shoes. Otherwise his kit is standard issue UK khaki.

Dear Alphonse was won by my mother in a Red Cross Ball raffle in London; probably around 1944/5.

He was my 'doll'; we grew up together. I've always loved Alphonse. However, for the moment he languishes somewhere in a Brighton loft, which is why I've had to revert to a rather piss-poor drawing. The top part is quite accurate, but the lower part less so.

Underneath his smart exterior Alphonse is a pukka doll, with a hard body, head, and legs, but with his individually made army uniform.

I just hope that someone will take special care of him when I'm no longer around.