When I left school, it was traditional to carve one's name into the bricks of a wall. Some of the more ancient walls became totally overcrowded, so other more recently built walls were used in their stead. The one above seems to have been adopted by boys from my era; I recognise a few of the names.

I have mentioned previously that I've left a carved Maltese Cross in all the homes I've owned, as proof of my passage. I wonder if the idea of doing so originated from the above? 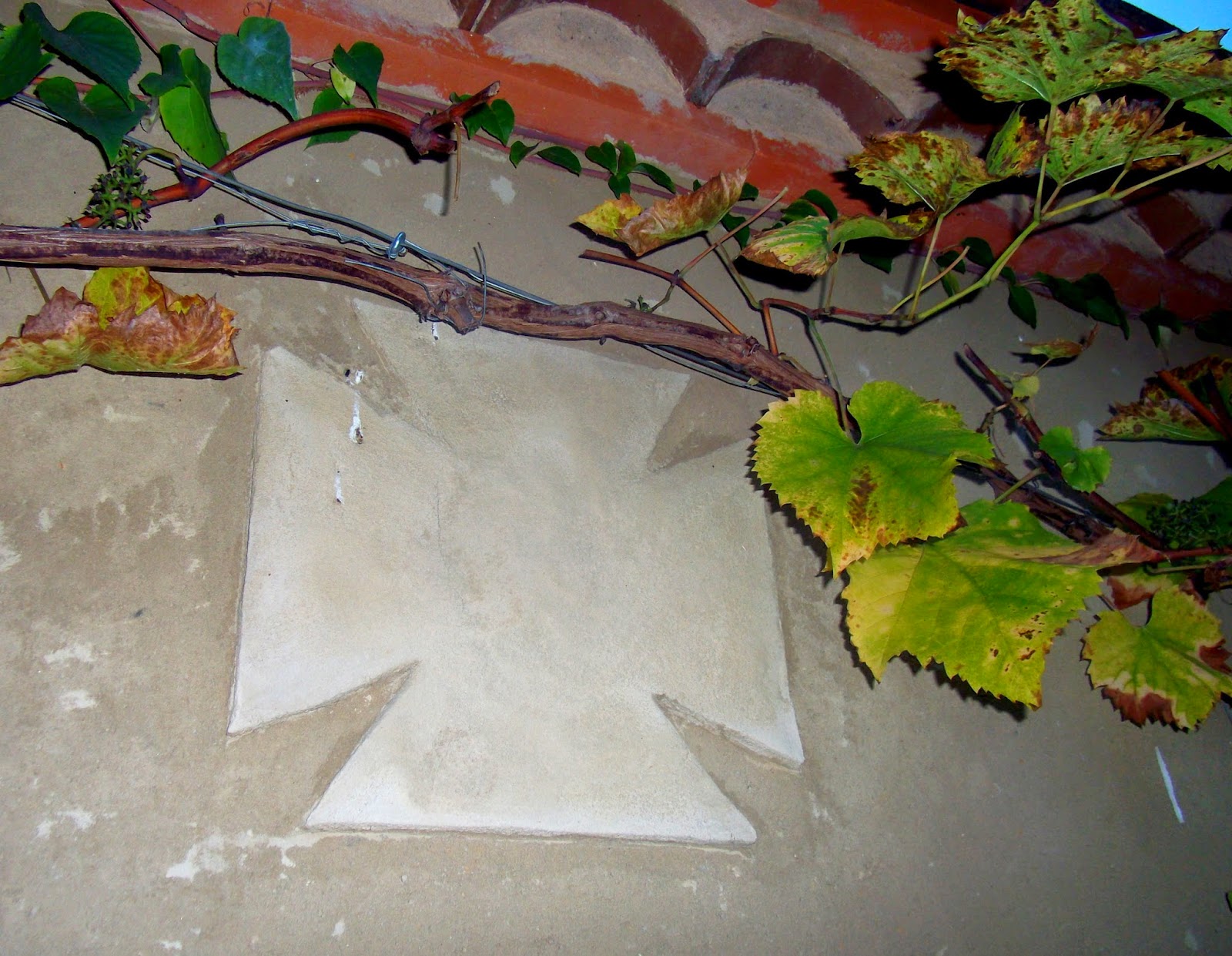 This is my most recent Maltese Cross, which is on the 'tower'.